The showjumping last night was very exciting with Team GBR winning Gold in the Team and Tom McEwen getting Silver in the individual. I felt very sorry for Ollie Townend as he has been such a professional here.  But that’s eventing. I was persuaded into a photo with some of the support staff.  On my right is Sarah Verney who is British Equestrian’s Eventing Pathway Manager, and as many of you will know, no mean rider herself having represented Team GBR at the European Eventing Championships in 1989 finishing 11th, reserve for the World Games in 1990, and has completed Badminton 5 times. 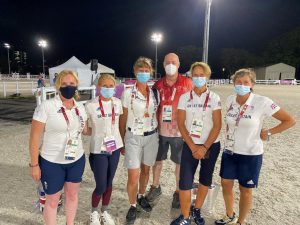 I also managed to catch the assembly of the flower and medal bearers under the main stand. 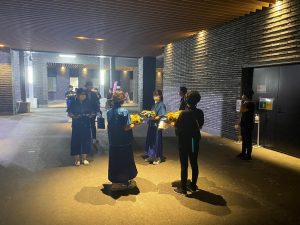 A really nice touch that I don’t think made it to TV is all the officials lining up to clap the winners in to receive their medals. 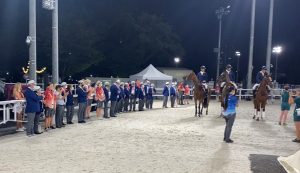 I asked last night how much ice people thought had been used on cross-country? The answer was 7500kg, or 4412 of these blocks below if you prefer. 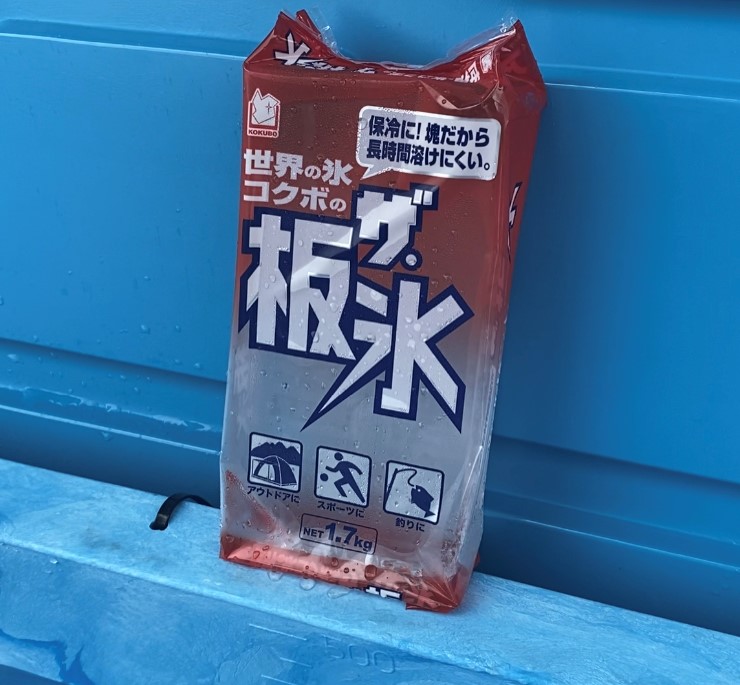 Today the focus switches to jumping. It’s been very hot today with the WBGT Index on the field of play during the middle of the day up around 34°C! And that’s why the dressage and jumping were scheduled for late afternoon (dressage) or evening (jumping). Only the eventers had a morning dressage session and of course cross-country in the morning. 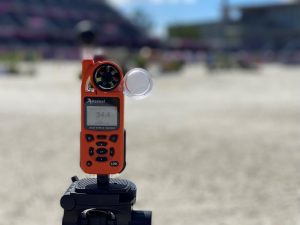 FLIES! Where are they? I literally have not seen a single fly since I have been here, which is very unusual when you are around horses. So a hot humid climate brings some benefits.  On my rounds, I see lots of interesting things, some of which I think will be of interest. For example, who would say no to having loos like this on their yard? These are in each barn. 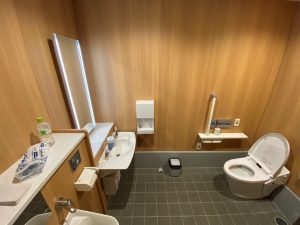 And when hammocks and foldup beds or reclining chairs are in short supply, how about making a bed in your kit trunk? 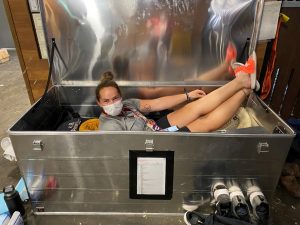 It’s also nice to see some of the local Japanese getting as involved as they can given the no spectator rules. 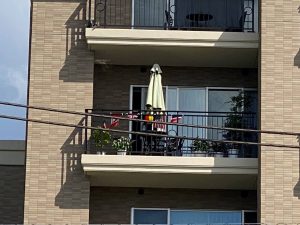 These flats overlook the EQP training grounds and are very close to Team GBR stables as you can probably see in the next image. 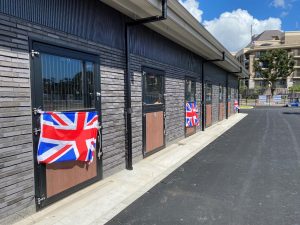 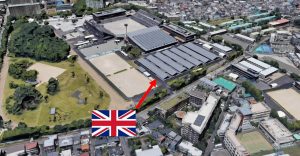 I have had some questions about what surface is being used here. The answer is De Grondslag from Holland. Apparently, this literally translates as “the horse track”.  The surface consists mainly of sand with polyester textile and polyester fibre. The surface was made in Europe and shipped to Tokyo. In total around 6000kg was shipped in 240 shipping containers to cover the main arena, the final warm-up, the 4 training arenas, and the training track (900m x 4m). This surface has previously been used on some of the Global Champions Tour venues. As I’ve mentioned previously the footing team test the surface daily to ensure that it is as consistent and safe as possible whilst still allowing good performance. 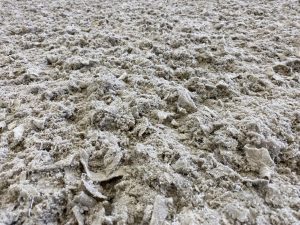 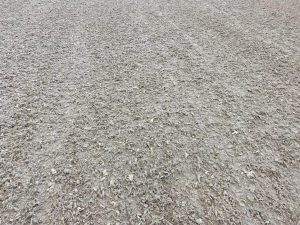 Only 3h to go to the first jumping round. All Team GBR riders go in the 2nd session so it will be dark (apart from the floodlights of course) but will have cooled down a fair bit. Harry Charles and Romeo 88 are 30th to go, Ben Maher and Explosion W are 35th and Scott Brash and Jefferson are 42nd.