Lots of debriefing and analysis today after cross-country. I won’t cover the sad loss of Jet Set of the Swiss team other than to say there was no evidence of fatigue or surface problems and it appears to be a freak accident. The horse got excellent attention and we can only hope he did not suffer. There will of course be a full post-mortem and testing for illegal medication use as is the protocol for fatal accidents.

The positive news from the cross-country is that we got the difficulty of the course just right. Only 9 riders were clear inside the time. The original course had a 300m climb at the start and an extra loop but after the test event, it was agreed that these should be removed. After yesterday’s results, I’m relieved the FEI and course designer Derek di Grazia were so receptive to my recommendations. The WBGT index officially was 30°C during most of the cross-country but the TOCOG station is around 5m in the air and will underestimate the true conditions down on the ground i.e. where the horses are. 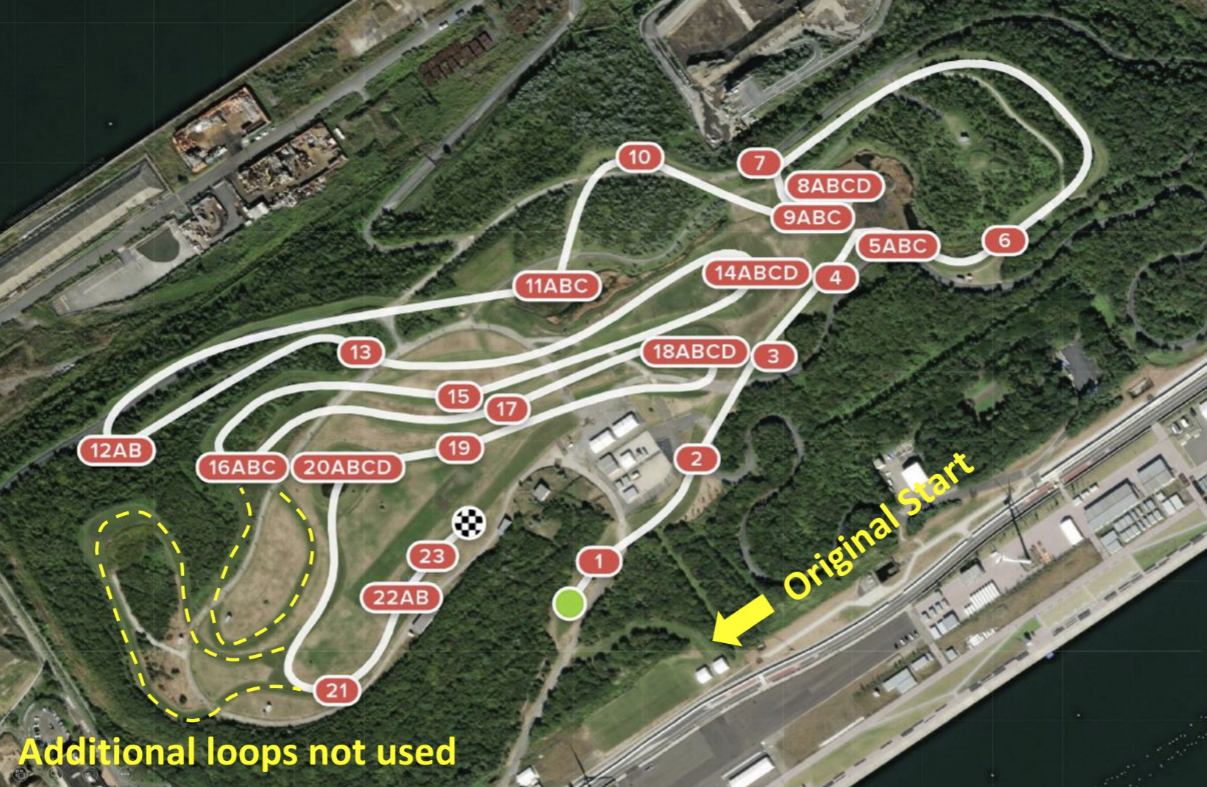 For the WBGT team, we had three measuring units around the course. These were manned by Karen Coumbe (vet, UK, pictured below) and Prof Lars Roepstorff (vet, Sweden, FEI footing specialist) out on course and Goran Akerstrom (FEI Veterinary Director) and Lisa Crump (vet, USA) at XC control, which left me free to roam as needed. Readings were radioed in every 15min and collated but we could also switch to 5min if conditions deteriorated or we were concerned about the finishing condition of horses. 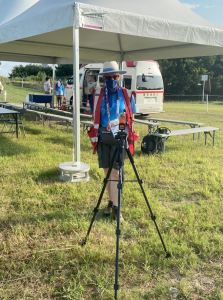 The cooling areas were used extensively, as we knew they would be. Horses were monitored at the start with thermal imaging by Helen Reynolds and there was a large cooling tent, with many horses cooling after warm-up and before walking up the hill to the start. The cooling area at the finish was busy but worked extremely well. I saw hot horses but no horses in distress. At one stage I ended up cooling horses with several teams who didn’t have a full complement of grooms, vets, etc. I also ended up running boxes of ice to the cooling water containers when we started to get a little low on water. I turned around at one stage to see Alex Hua Tin who had finished earlier and come back to support his teammates videoing me with a big smile on his face.

The majority of the team cooled fairly well. I did see some wet towels over the neck, some ice cubes held on jugular veins and a few teams scraping, but the majority of teams were on message. A few of the nations that really should have known better were still cooling slowly and scraping. The teams who get Gold stars are GBR, Germany, New Zealand, Italy, Poland, Japan, France, Germany, India, Russia, Belarus and China. And look at this horse nuzzling the fan. 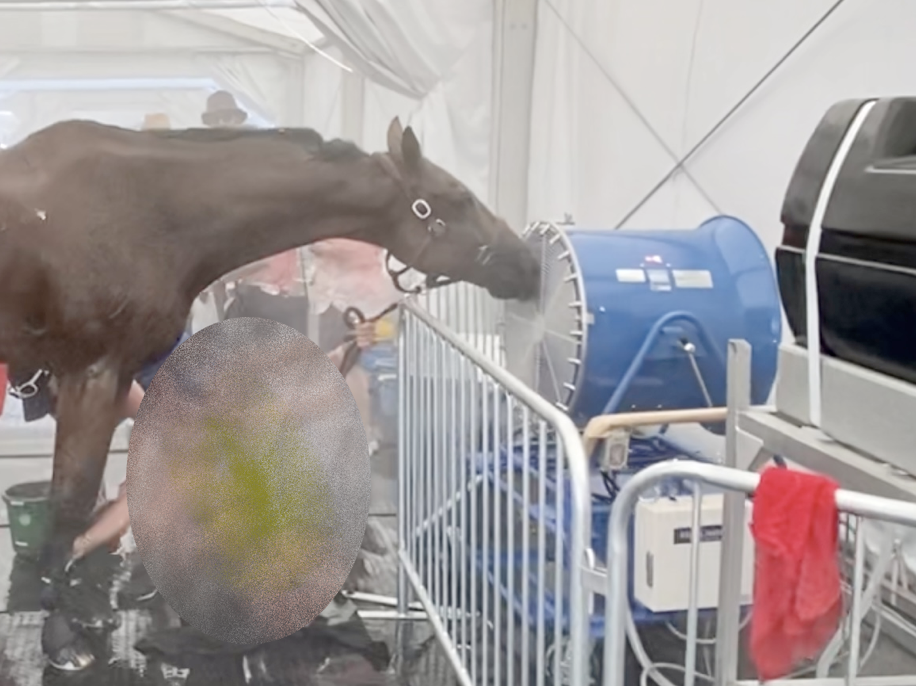 As the first horse sadly was eliminated at the first water, I was able to watch Ollie Townend’s ride on Ballaghmor Class in the flesh and on the monitors. Personally, I think this has to rate up there with some of the best I have seen. It was a masterclass. Given that he was effectively the first horse round, to do so with the pressure of the team and leading the competition and to go inside the time on what was not an easy course, as we later saw, was incredible. There’s no hiding the fact he has had criticism for various things in the past. But today he was the ultimate professional at the top of his game. 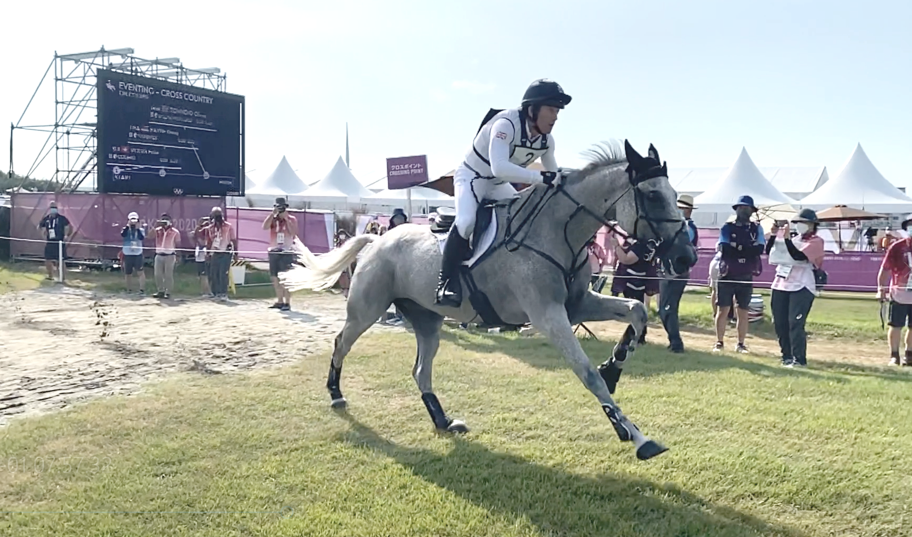 A rider who I also want to focus on is Fouadd Mirza of India and Seigneur Medicott. Fouadd is India’s first Olympic Equestrian for over 20 years. He scored 28 in the dressage which put him in 7th place. He was held at the start and started out of order. He was clear cross-country but picked up 11.2 time penalties which puts him in 22nd place going into the showjumping – ahead of some very good established riders! In the cooling tent he refused to go to the mixed zone to be interviewed by the media and stayed with his horse whilst it was cooled. And not just watching, filling and pouring buckets. He is an absolute gentleman and an amazing equestrian. Just look at his horse 15 min after finishing and Olympic cross-country course. If he could have got close to the time he would have been very close to a medal. I hope we get to see more of him in the future (image used with rider’s permission). 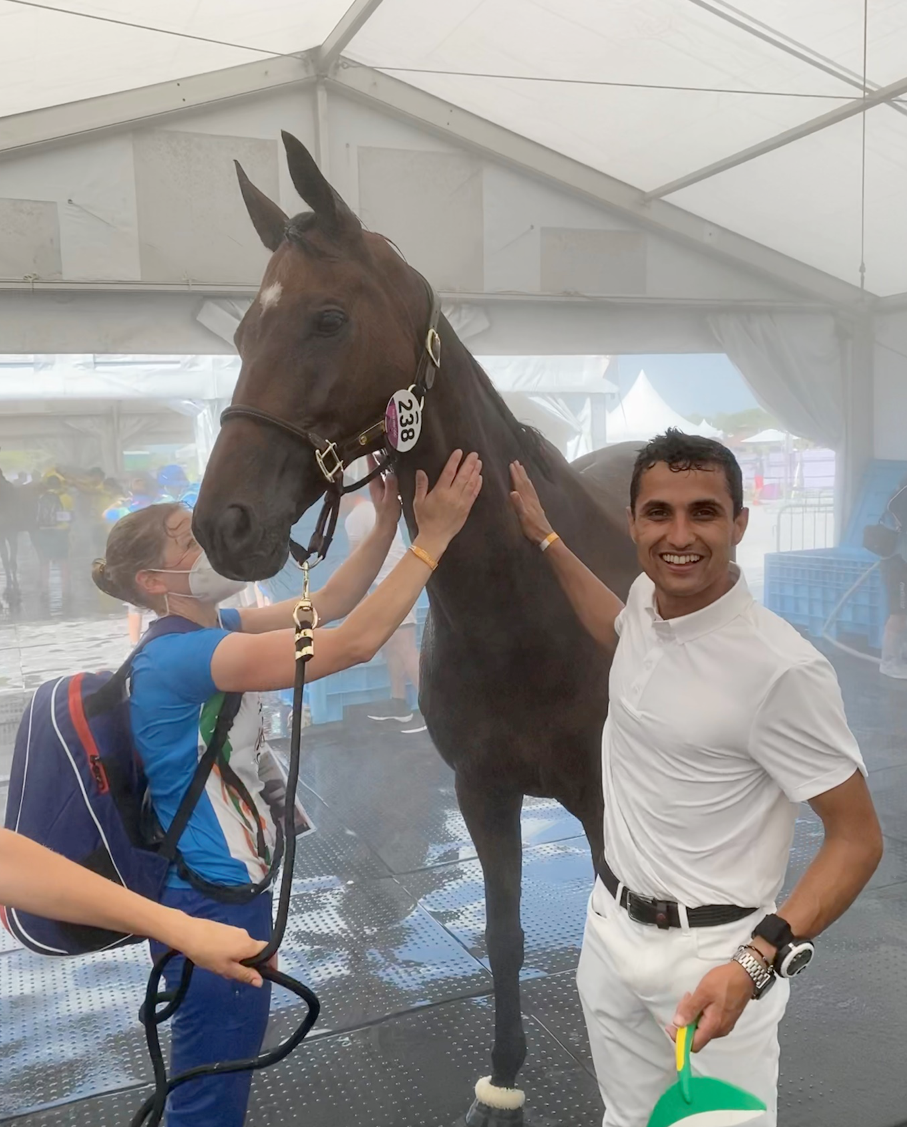 The horses that I have seen are looking in excellent shape and the showjumping should be interesting. One of the Ground Jury mentioned to me that it looks like a “challenging course”. The rain has stopped so let’s see what this evening brings.